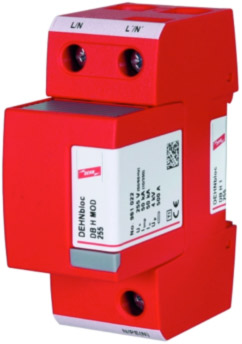 A surge is a short duration voltage spike that appears on either mains supply or a low voltage cable i.e telephone line surge can result from sources, other than lightning, surges caused by lightning tend to be of a much higher level and subsequently have the potential to be much more dangerous and damaging.

Surge protective devices (SPDs) are designed to safeguard electrical and mechanical equipment against temporary excess voltage surges. Telephone, alarm and IT systems are particularly vulnerable but household electrical appliances and fittings can also be permanently damaged.

And although the fabric and contents of buildings and structures can be insured against the effects of lightning, it doesn't take too much imagination to appreciate the potential disruption and cost, particularly to a business, if its IT and/or security systems were to be lost without warning.

Electric Vehicle Charging for Your Home or Workplace

As you may be aware the new EU General Data Protection Regulation (GDPR) came into effect on May 25th 2018. As part of our compliance obligations we are providing organizations and clients that we work with, Our Company Policy relating to GDPR.